The Alumni Committee is a committee of OTY, which, under the leadership of the Alumni Manager, ensures that the alumni aka the already graduated students and the former board members and actives of OTY and the guilds, also remain in the Teekkari community. The Alumni Committee has a representative from each guild. The section focuses on matters related to what kind of activities and communication are targeted at alumni. While working in the Alumni Committee may sound like a safe haven for old students before graduation, it isn’t. The committee aims to narrow the gap between current and already graduated engineering students. 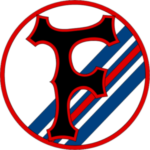 The Freshman Section is a committee of OTY consisting of 17 members. The section is lead by OTY’s Freshman Director. In addition, the section consists of two representatives from each Teekkari guild. Usually, the representatives are a guild board member and an other official responsible for guild freshman tutoring. The Freshman Section organizes the most important events of the freshman year, from freshman orienteering to the submersion at Wappu.

The Freshman Section is identified by a section ribbon around the right thigh of the overalls, on which the Freshman section overalls badge is sewn. The color of the ribbon and freshman pass changes every year.

The Journalism Committee meets from time to time to jointly design content for OTY’s member magazine, Teksuutimet. The magazine is published four times a year, in addition to which the magazine’s special edition directed for the new freshmen Fuksiopus is published at the beginning of the autumn. The committee is chaired by the magazine’s editor-in-chief, OTY’s Communication Officer. In addition, volunteer OTY members are involved in brainstorming, writing stories and creating graphics. You can join the section by contacting the Information Officer. With a written story or a drawn image in Teksuutimet, one can earn a freshman point.

Committee of Academic Affairs is a division operating under OTY, whose task is to unite the forces and gather ideas of those interested in the educational matters of the faculties and programmes. The committee promotes issues related to the education of technology students and cooperates with other agents related to study issues, for example the student union. The committee is managed by OTY’s Academic Affairs Manager and its members are the education managers of guilds and the Teekkari hallopeds, as well as their deputy representatives. Members are identified by the golden ribbon sewn on the sleeve of the overall.

The Cultural Division is responsible for OTY’s cultural activities, as its name implies. Each guild has its own representative and in addition a lot of volunteers are involved. The division is headed by OTY’s Cultural Swine.

Under the leadership of OTY’s PR-manager, Committee of Corporate Relations develops the corporate relations activities of the association and the entire Oulu Teekkari Association and acquires sponsors. The members of the committee consist of those responsible for the business relations of the guilds and other volunteers. The insignia of the committee has been an overalls badge but a new badge is been designed.

Organizes other events in addition to sports and parties. The division is headed by OTY’s Leisure Manager. Members consist of the Guild Leisure managers and all of the willing.

WappuComitea is a committee of OTY. The Host of the OTY convenes the Committee and chairs it. OTY’s Hostess as well as two Representatives from each Teekkari guild are traditional members of the committee. WappuComitea’s primary and only task, as the name implies, is to plan and organize TeekkariWappu in Oulu. Although WappuComitea has only one task, the division is one of the most significant and largest OTY’s committees. Without the Comitea, Wappu will not come!